Wireless Networking on a Sailboat

Network connection is a common thing today’s sailor wants while out on the water for longer periods. The problem of cell coverage and available signal often arises when in a marina or even when going below deck.

There’s an answer for those problems above and it runs off DC power.

LTE Fix has an excellent series of guides and a highly-knowledgable support staff that can answer questions from compatibility all the way to expected power consumption.

I used their guides located at LTE Hacks, including this one for gettings started — Introduction to Building and Configuring a WiFiX/GoldenOrb/ROOter Cellular Router.

The following segments are how I built my unit in the summer of 2020 and the best options will likely have changed by the time you read this.

I use Google Fi with my setup, with their “unlimited” plan, which offers 22GB per month of full-speed, unencumbered data, where after that quota, data speed is capped at 32KB per second, per device. The SIM that’s in the modem is a data-only sort without the capability of dialing out with a phone number like a standard SIM. I share that card on the same plan as my primary phone.

A good reason to use Fi is it allows (mostly) seamless transitions across countries, which can be an asset on a boat when moving from one port to another. But it also piggybacks on T-Mobile and Sprint’s antennas (in the US), giving a higher likelihood of getting a signal by any nearby towers. If you’re in some faraway land, it will automatically use that area’s agreed-upon network without the end-user having to do a thing.

The total cost I incurred for parts for this build was $520, including enclosure and antennas. 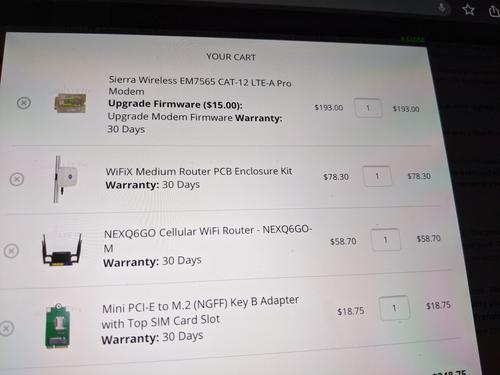 This is where you don’t want to go too cheap. Buying the right modem can make a big difference in the maximum potential speed you’ll see for downloading and uploading.

I chose this router because for a 36-foot vessel, I didn’t need to broadcast a signal across the Bay.

Marine environments are harsh. Keep your router, modem, and DC to DC converter in a completely-enclosed area to keep it going as long as possible.

The WiFiX enclosure comes with poor-quality galvanized fasteners to keep the top and bottom of the fixture held together. I would recommend getting some 304 stainless M4 x 40mm flathead machine screws to make sure they won’t ever disintegrate from salty sea air and rainwater.

I decided to go the extra mile and mount the enclosure directly underneath my radar assembly (photo at the end of the post).

The antennas need to be placed at least a few feet apart to give better signal and the higher up they go, the better your signal will be. 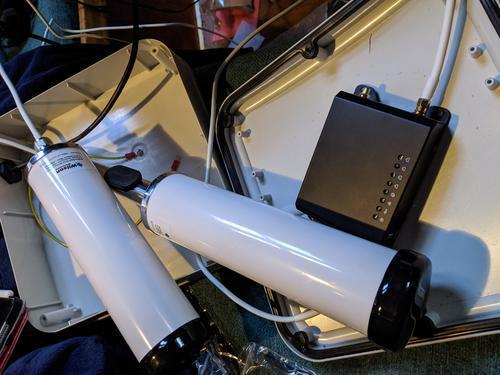 I have a 12V lithium bank. From there, I have a 12V DC to DC converter to keep the voltage to the modem nice and smooth. 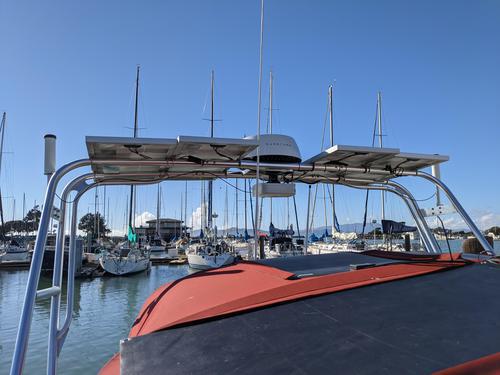 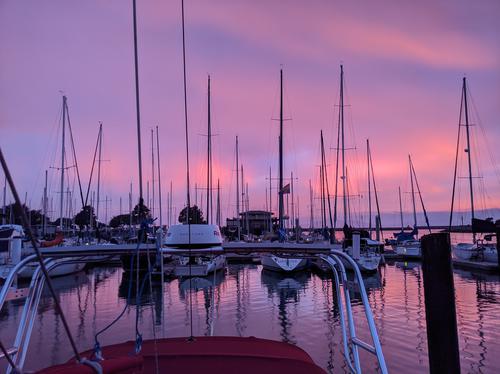 Results depend on time of day, tides (height of the boat relative to shore), and a few other things.

A one-to-one test from inside my insulated cabin showed the following results:

Pixel 4a on LTE

If you decide to make something like this, send me an email and I’ll help you out for free.